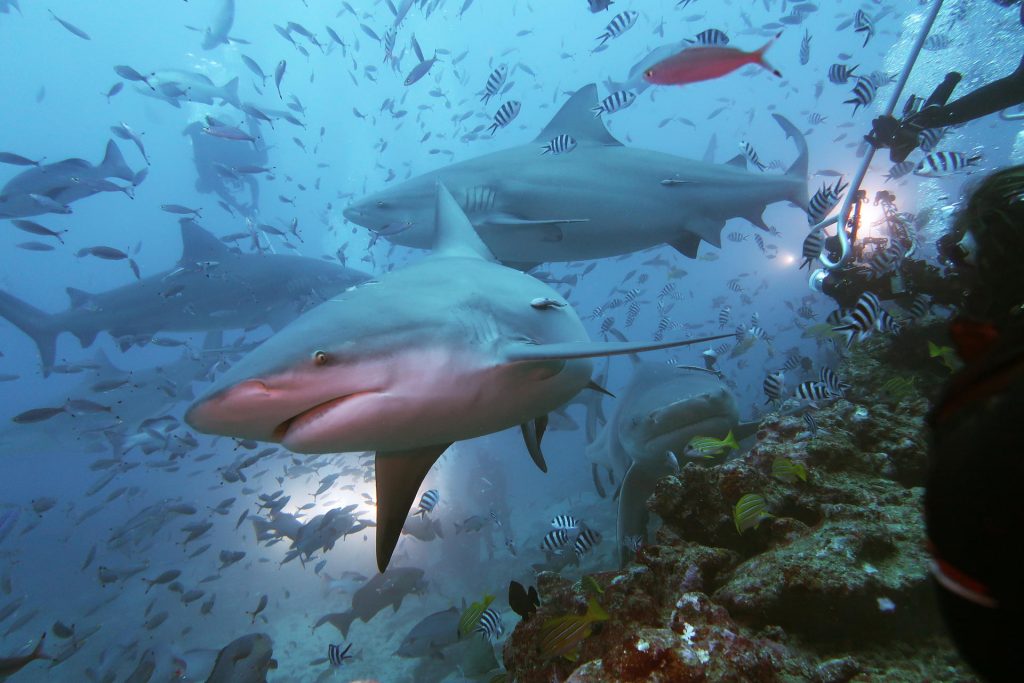 We finally arrived in Fiji!

After leaving home on Saturday morning, we stopped in Frankfurt for a 5:00 am layover, followed by a flight to Abu Dhabi with a 4:00 am layover, another flight to Sydney with a 2:00 am layover and finally a 4:30 am flight to Nadi , followed by a bus and a boat trip to Robinson Crusoe Island of 3:30 am, to finally set foot on our destination on Monday afternoon! We were so tired and sleepy that we just ate and went to bed.

The next day, somewhat recovered, we explored the small island, picked some clams, made new friends, ate, took a nap and tried to get a tan.

Fiji has 332 islands, of which 110 are inhabited, is the product of volcanic mountains and warm tropical waters. Its varied coral reefs attract tourists from all over the world and Fiji became independent in 1970, after nearly a century as a British colony.

Fiji is divided into nine groups of islands:

A Portuguese is granted a visa (on arrival) valid for 4 months. Nadi International Airport is the main international airport in Fiji. Suva airport also has some international flights.

4 days in a small paradise called Robinson Crusoe Island was enough to recover energy before we went to Pacific Harbor to dive with the bull sharks.

Although we are against any disturbance of marine wildlife, we found that “Shark Feeding” helps to better understand the behavior of these animals and to follow them, study them and collect samples. It contributes to understanding its importance in the ecosystem, being threatened by the fear that Man gained from this species. In this way, we were doubly happy to be able to dive with them and participate in this campaign where we could help count and collect samples.

The excitement of seeing an animal of this scale at such a short distance from us, moving so magically, is a unique sensation. I confess that before we entered the water, Filipa was a little afraid because they are such big animals. Well, they are 300kg animals with 3.5 meters with 2 sets of sharp teeth and we were going to be surrounded by fish blood… But that all passed when we saw them and saw that they are like any other fish and they don’t care about us, they just want to fish!

I know what you must be thinking… “These guys must be crazy!” Believe me, when we see them, the feeling of peace is so overwhelming that the last thing we think is that they might bite us. They don’t run after us, they don’t show us their teeth, much less attack us.

Only when we get out of the water does the plug drop. We were swimming with bull sharks! and more… We played a bull shark! They swim so close to us that it’s impossible not to touch one. I could stay here for hours writing about these magnificent and misinterpreted creatures. But you will only understand what I mean when you lose your fear and experience it. Near them there is no room for fear, only amazement at their beauty and grace. These moments must be preserved and we must help protect these beautiful animals!

Have you seen what the movie “Jaws” created for this species?

On this trip we used the Canon G/X Mark II with the FantaSea Cage. It gave us great photos, videos and moments!

Suva is an important business center in the South Pacific. It is a rainy city, locals say that the closer we get to Suva, the more rain. It has a lot of traffic and alongside its colonial buildings, there is not much else to see or visit. We recommend the market, which is full of different colors and smells, where Fijian traditions and Melanesian culture are mixed.

Bula is the word of the day, every day if we say it we get a huge smile from the locals. The best thing about Fiji is the people.

Fiji – where to sleep and what to do

Robinson Crusoe Island is an island off the southeast coast of the main island.

Our trip to Fiji was due exclusively to one thing: diving with bull sharks, tiger sharks and maybe other big animals that wandered around! The best place to do this is in Pacific Harbour, a small village near Suva.

It is possible to travel by public transport, that’s what we did. We took a bus from Pacific Harbor to Suva and we didn’t have any problems, nor did we feel insecure. This time we don’t rent a car…

Our main objective in Fiji was to go to Pacific Harbor to dive with the big sharks. We contacted some diving schools and chose the one that seemed to be the most reliable, as shark feeding can be harmful to the animals. We chose this company because they are a team of scientists who take advantage of diving to make counts, identify the elements and collect samples in order to monitor the region’s sharks.

Tips and points of interest in Fiji:

We’ll have to get back to Fiji to better explore these amazing islands. However, we can advise by what we explored at the time: